Ciao! My name is Micaela Pavoncello and I am a proud member of the Jewish Community of Rome.

I was born in Rome to a Jewish Roman father (proud to be here since Caesar’s time!) and a Libyan Jewish Sephardic mother. I am married to Angelo and we have three sons, Gabriel, Nathan, and Isaac.

I have lived in Rome my entire life, except for one year I lived in Argentina and another year in Israel. I am in love with my city and that’s the reason why I decided to study Art History at Rome’s university. Traveling has given me the opportunity to meet other Jews, share my story with them, and compare my community with their and other communities. Throughout my time as a guide, while meeting people along my journey, I have come to realize how miraculous the existence of the Jewish Community of Rome really is.

I founded Jewish Roma Walking Tours in 2003 after completing my studies in Art History and a year of research at the central Archive of Rome where I was looking for documents about my family during the ghetto times. I also had a full time job at MACRO, Museum of Contemporary Art of Rome, where I was responsible for the exhibitions department and I had the opportunity to meet artists, collectors, curators, and visitors from all over the world.

Taking people on tours of Rome, meeting travelers, and teaching them about the bimillenary existence of the Jews in this city made me understand that most people see Rome only as a city of Christianity. 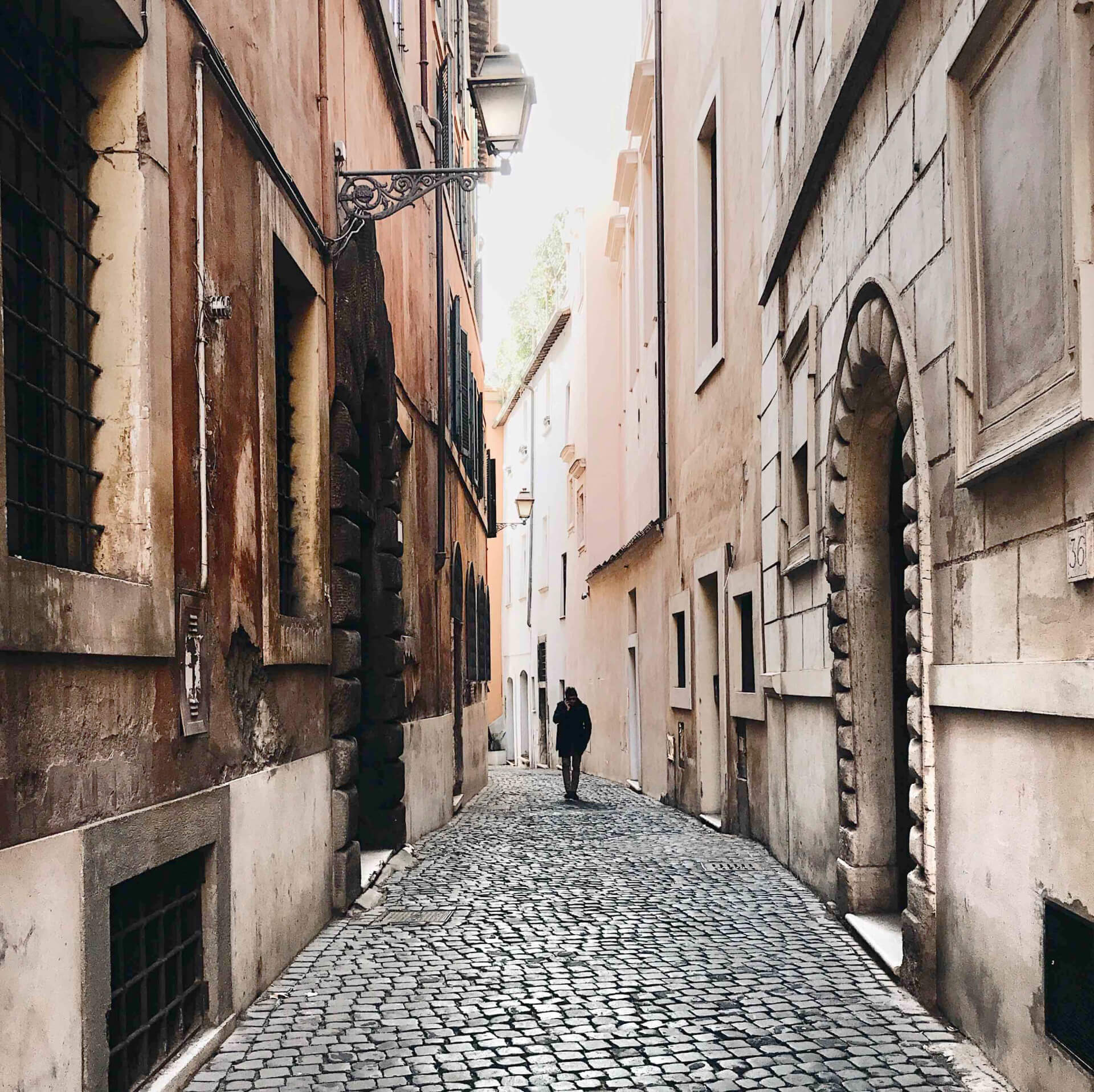 The Jewish Community of Rome’s history of resilience, culinary traditions, different minhag (musical-liturgical traditions), Jewish-Roman dialect, and continuous presence in the same place, make us the most ancient citizens of Rome and unique contributors to the fabric of the Eternal City. We have been witnesses of the grandeur of the Roman Empire, and to its fall, the beginning of Christianity, the Barbarians, the Inquisition, The Popes, the ghettos, and the final Emancipation. We went through World War Two and the Shoah and still we thrive today.

I am very proud that I have given tours of Rome to so many visitors and special guests.

Guy Ritchie, Richard Lewis, the First Lady of Israel Sarah Netanyahu, Naftali Bennett, Daniel Pipes, Justine Fanarof, and many others.
I have shown the ghetto to Rick Steves, and it was unforgettable.